AS ABOVE SO BELOW - SCHAUFLATTERN

Tina Kohlmann and Andreas Diefenbach have known each other for quite some time. What unites these two, among other things, is a great love of countercultures, of worlds that promise more than quick rewards and floor-to-ceiling windows with parquet flooring. In both Andreas' paintings and Tina's sculptures and objects, one always senses a longing for the otherworldly, for magic, for a world that is not as calculating and cold as ours.

"Opt out-drop in" is the title of the new series of paintings Andreas has done for the exhibition at MTGAIA, and that's what it's all about: Out here and in there. Because there it's different, more open, more mobile, and in there dwell beings and spirits that have been scared away here.

There is an exceptional animated film from 1982 called "The Flight of Dragons”. In it you see how the wizard Carolinus tries to punish a bunch of gruff and rude millers with a spell for putting a group of young swans into mortal danger with their unsecured mill wheels. But, his spell has become weak. Magic has been supplanted by reason. Mocked and ridiculed, he must admit defeat. Only one thing remains, the retreat into a hidden realm of magic. Forever hidden from the people who simply no longer believe in his abilities.

It feels as though it could have been a documentary. Because, in fact, magic has long ceased to be commonplace in our world. In the meantime, everything is still called “magic" – most of it nonsense and humbug – but not everything. Fortunately, there is also a love for magic, for the hidden and inexplicable, which has survived the times far away from the commercial and ideological offers. This magic does not have to be learned in expensive courses from self-delighted enlightened people and it also has nothing to do with conspiracies or esoteric self-optimization. This millennia-old magic pervades the world just like that, you notice it when walking in a forest or looking at the stars. All these classical great things, the sea, space, mountains, the world itself, if you don't recognize a magical power in them, you aren’t really looking. Without an ear for the song in all things, man stands in bleak loneliness. And, probably, becomes embittered. It doesn't have to be so.

Tina and Andreas have their ears to the invisible wall and listen to the things behind it. Both create images full of references to the history of the transcendent, non-denominational spirituality and inclusive counter-worlds. In Tina's new group of sculptures, also made specifically for MTGAIA, three of her strange and fantastic creatures stand in a classical triad around a vessel. Three figures, who are part of many monotheistic religions, but also from the three witches of Macbeth, the Greek Moirs and countless paganistic religions of prehistoric times. Something is brewed or celebrated here in threes, because only in threes it will succeed, and so it is. But not only the supposed content of the potion to be brewed is of mysterious nature, the figures brewing the potion – reminiscent of ritual masks, figures of gods or otherworldly beings – are also made of special materials. With teeth made of kyanite and tongues made of fish leather, they are already of alchemical quality in purely material terms. These beings derive from a knowledge of mythology, primal religions and lore that Tina has been collecting for many years in expeditions around the world. She translates them for us into images that seem at once familiar and strange, simple and complicated, funny and eerie. For they are between things and speak another language.

And so it goes with Andreas' paintings as well. His painting process is reminiscent of one of Tina's expeditions. Firstly, he forms a visual ground on the computer, a collaged collection of images and moments that are like the preparation for a journey. All this material becomes the port of departure and the open sea, because everything that now follows painterly is based on them. I imagine this as the highly attentive and at the same time spaced-out sinking that one could experience as a child at play. Adults call that "flow" and it's pretty great to be in a "flow" like that. You're there and not there at the same time, purposefully letting yourself be absorbed by something while being highly active. This is not far away from a trance and who has been in a "flow" knows that you are somehow in "another world". Andreas gets into such a flow when he starts to paint over the printed surface of the pictures. Just as Aster Jorn long ago used old flea market pictures as the basis for his painting, Andreas creates with the digital collages that slumber under his pictures and appear in misty clearing places. A world that he instinctively expands in painting, diffuses, pulls, pushes and covers in fine layers and dissolves. Just like a magical ground and a fluid reality that logically results from it.

In Hallein Andreas and Tina combine their works to a common display. So pay attention. One knows that the Untersberg has a lot of mystical stories to offer and it would be no wonder if some strange things happen around a display window in Hallein on many a night that no one can prove. (Text by Claus Richter) 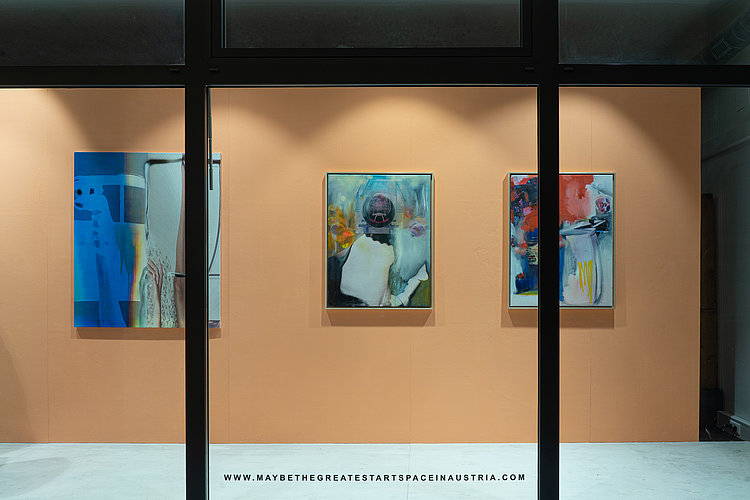 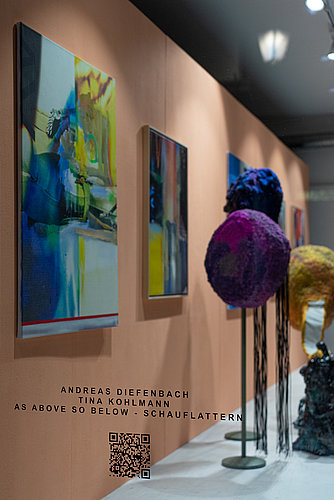 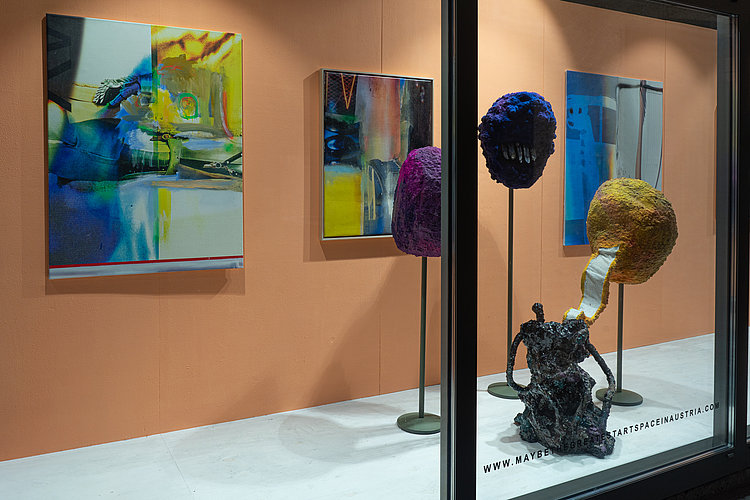 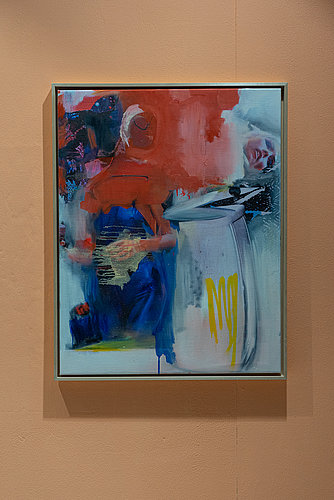 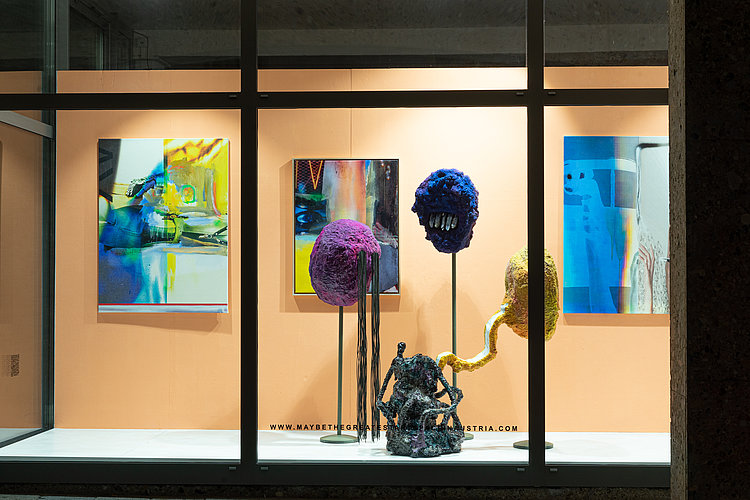 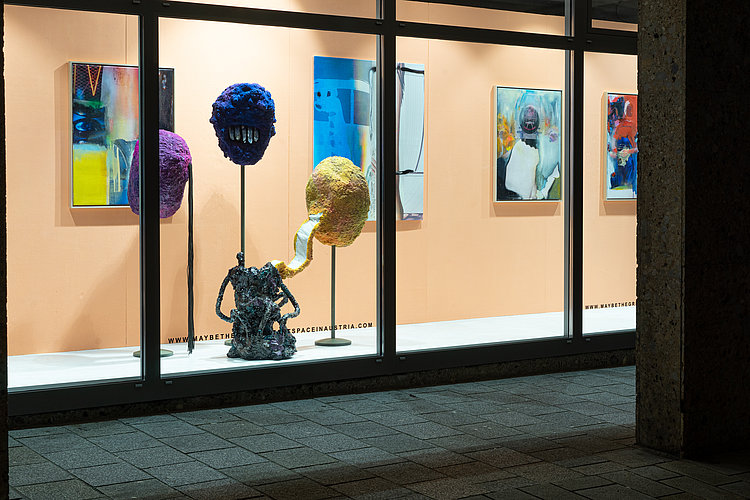